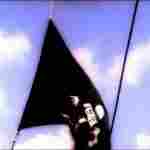 When, Who and Where, splendor and end?

How were the Pirates and Corsairs, their ships, weapons, their time and decadence. Riches arrived, legends of treasures and many embarked for America. From its peak to its near disappearance in the New World

Pirates: Who? Where? Why? Ships? their golden age, their flags…

Black or red Pirate flag, with bones and skull, the advert

Who and from where were the pirates, corsairs, buccaneers, filibusters, etc.?

Why were they pirates, corsairs, buccaneers, filibusters?

Pirate ships: How and why were they like that?

Golden Age of Pirates in the Caribbean

Dangers and mysteries for seafarers on the pirate sea: what are they?

Pirate boarding, all hands on deck

Raids on the American colonies by pirates and privateers

Which pirate islands are they and where were they?

Expansion, its golden age and its decline

Black Flags:Pirate skull and symbols. the red and black flags

Who were they?:Looters of the New World, gold, silver and treasures

Why you came?:What were the adventurers looking for on the way to America?

Effective weapons:Which ones for hand-to-hand combat?

Golden splendor: The Pirate Golden Age in the 16th to 18th centuries

Deadly decline: His punishment and disappearance. Agreements between countries

Assaults on colonies: Booties in the Spanish towns and ships of America

Islands and refuges: Supported by England and France they could not expel them

Others Links to pages of interest about Piracy

The dreaded Pirates of the Caribbean Sea in America

There has always been a curiosity to know: What were pirates looking for? What were pirate ships like? Their fights and boardings. His time of maximum splendor, The end of his time and the disappearance of those dreaded pirates.

The attacks and boarding of the Pirates

The Caribbean Sea full of hundreds of islands and a place of passage for ships with authentic treasures. The Pirate Era, its best moment- The 16th to 18th centuries, were the most outstanding centuries of the Pirates

The pirates appeared. Who became Pirates? His origins. This is how pirates and their ships were so feared. In many areas of Europe, the continuous state of war between countries had impoverished many areas, and created regions of great misery.

Thousands of French, English, Dutch, embarked fleeing the poverty of some areas of Europe to America. And they went to the places where it was known that there was Gold, Silver, etc.

Pirates stole especially from ships and in the Spanish colonies, since at that time it was the largest and richest empire due to the riches that the colonization of America and some of Asia provided.

When knowing the great amounts of wealth that began to arrive from America, many legends appeared about wealth and treasures. This made many Europeans fleeing their terrible living conditions to embark for the unknown and rich America.

Adventurers in the Caribbean

Soon some were launched into piracy when they saw that it was the fastest way to get rich, stealing gold and wealth from others. Boarding the ships and later even Spanish colonies.
They mainly focused on boarding the ships carrying goods. Of the captured ships they took advantage of everything, they sold the merchandise, the ship and even the passengers as slaves, otherwise they could get a ransom for them.

Fled and hunted by justice

The discovery of the New World, which would eventually become known to America, was a land of opportunity. Not only, for poor people, who wanted to encourage them there, and create a new life for themselves. Some made them as settlers, cultivating the land and with the help of slaves. Others like landowners seizing large tracts of land.

But there were some who were persecuted for justice, and always unjustly. In America they found a territory where the law almost did not exist, except that of the strongest. These criminals and delinquents carried the idea of ​​living free and getting wealth, even if it was by taking it by force. To get a good loot they did not hesitate to torture anyone who got in their way, and could give them information.

Naos, pinnaces, sloops, etc., very fast boats that made it easier for them to reach the heavy but slow cargo galleons, full of valuable merchandise.

The speed of their ships was their main weapon. They surprised the ships and boarded them mercilessly.

Their weapons were the most comfortable and effective to fight on the reduced deck of a ship, always full of numerous obstacles.

With their weapons they tried not to damage the goods, and important passengers. Since that was the main reason for the assault, to get a good loot. Loot to be shared among them.

For 200 years, some islands such as Tortuga Island, Jamaica, or the Bahamas, were their refuge. For the Pirates they were their bases and their permanent camps. They provisioned and repaired their ships.
Literature recreated their exploits and later the cinema made them identify with a free life on paradisiacal islands.

By finally allowing Spain to establish colonies in America, France, England and Holland. These countries soon settled on the islands and even on the mainland. Corsairs and pirates were no longer useful for them and no longer used for their purposes. They reached an agreement among themselves and persecuted them until they practically disappeared.