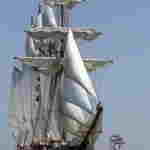 Piracy and life at sea, today and yesterday

Piracy: A world of pirates on the prowl

The language of the sea, vocabulary or sailor and pirate slang

Tobacco, friend and enemy of pirates and sailors

Watchtowers in front of Pirates on the coast

Greeks and Pirates in ancient times

Insects, fleas and lice, enemies of pirates and sailors

Letter of marque and pirates, serving the King and the Law

The City of London, tax havens and businesses, an invisible power

Their language: The sea has its own language, not just what we know

Approach: The hooks caught the boats and the boarding

Yesterday and today: Piracy a good business, as old as navigation

Tobacco:The addition started at sea and spread across Europe

Towers:A network of surveillance posts warned for the defense

Greek: The Pirates begin already, in the early days of navigation

Slavery: Getting slaves was good loot, not just gold and silver

Insects: Dangerous dwarfs: transmitters of all kinds of diseases

Laws against pirates:Laws to defend and punish Piracy and use it

Pirates Today: Piracy today, an activity and a good business, as old as navigation

In the web: In the cloud and they are always lurking watching

The city: London and its many tax havens around the world

Pirates World: His anecdotes, his life, his adventures at sea

Details and anecdotes of pirates, corsairs, sailors and sailors
His life and the stories that happened to them sailing the seas

For centuries pirates lived a golden age, in which they were the protagonists of a life full of adventures at sea. Many of his anecdotes and his way of life was something very common in the sailors of the time.

The anecdotes and curiosities of the pirate world

A different life living on boats and taking refuge on islands

The curiosities of the sometimes very difficult life of pirates as of all sailors of the time. Wooden boats, sailboats, with little space, long journeys, diseases, struggles …

Other forms of Piracy

The latest news on Piracy, in its various forms. To the traditional methods of boarding ships, other more refined ones have been added: financial, trade, computer science, even sanitary, etc.

The prototype of the pirate of the Caribbean that popularized the cinema no longer exists. Buccaneers are no longer English or French who, with their parrots and their eye patches, assaulted ships, especially from the seas of America. The modern pirate dresses like any young man. Even if you live in the Horn of Africa in Somalia or the Gulf of Nigeria.

With the spoils of his prey, he can allow himself to watch satellite TV and be informed of what is happening in Europe or America. He looks like a normal young man in his jeans and trendy jerseys or team jerseys from any mass sport, usually soccer.

Although sometimes they use fishing boats to go unnoticed or to monitor without raising suspicions. But at any moment they can appear in outboard boats with powerful engines, moving at full speed and quickly surrounding their prey.

Their food can be vacuum packed and carry fuel for weeks, allowing them to spend a long time following their prey.

They are not sailing ships, nor are they oriented by the compass. The best naval technology is at your disposal and use GPS to orient yourself. They no longer use those primitive pistols, muskets, or daggers. Now they have modern weapons, military rifles or the famous AK 47, and they can also surprise you with a grenade launcher or a rocket that you did not expect.

And if you or your ship are unlucky enough to be hijacked, you will have to go to the City of London to pay the ransom.

The islands that already had a reputation as pirate havens have been renovated and are now Tax Havens. Some have even been known for 500 years and are currently working as residences in Tax Havens: Cayman Islands, Bermuda Islands, Bahamas, Jersey Island, Gibraltar, Isle of Man etc.

The City of London continues to be influential in collecting ransoms and conducting special operations.