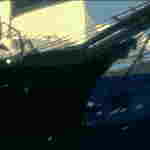 The riches that sailed the seas were enormous. Spain was the envy of Europe. Some countries wanted a share and encouraged privateers. Why so much interest from some countries?

Dutch pirates and privateers, The Netherlands and piracy

Pirates in all Ages and Seas

Pirates: How did they live on their islands and ships?

Pirates on the attack, the boarding

Pirates: they died wounded, hanged or in combat

Famous pirates and their curiosities

Pirates and seafarers, their food and drink

Somali pirates attack in the Horn of Africa: Somalia

Looking for riches wherever and at any price

England, pirates, corsairs and kings: With the support and funding of the English Kings and the City

Dutch Corsairs, Beggars of the Sea: In his war against Spain with the support of England and France

Piracy has a lot of history:There have always been places with islands, where it is easier to hide

How they lived: They lived better than the other sailors, robbery and even crimes

To the merciless boarding: They frightened the other sailors and seized their ships and wealth

How they died: They chose a way of life, very risky and short

Famous curiosities: Pirates famous for their adventures, and ways of life

Your food and drinks: They ate more and better, yes, with a lot of alcohol.

He assaulted the Spanish colonies by surprise, but failed in large expeditions

John hawkins: He started the English smuggling, and the African slave trade

Walter Raleig: In search of him his obsessive search for El Dorado, he lost his son

Piracy in the world

The riches that sailed the seas were enormous. Some countries engaged in piracy, encouraging privateers in the Sea: Caribbean, Mediterranean, Indian …The pirates and corsairs, mainly Europeans, went to those seas, places of passage for ships with great wealth.  The Caribbean Sea could go from being a pleasant place, to sailing under full sail from a possible pirate ship

Pirates in the Caribbean Sea

Piracy in the Caribbean Sea was of enormous importance due to the amount of wealth that passed through its sea.For a long time the objective in the life of the Pirates was the Caribbean: A sea close to the riches of America, where they did everything possible to take a part of them.

Pirates in Search of the Treasures of the Caribbean

A sea with almost 1,000 islands located in a key place for the passage of ships during the colonization of America.A sea with a heavenly climate, Caribbean Sea. Spain was powerless to colonize a thousand islands and the vast territories of all America. An ideal place for pirates and corsairs who raided the rich Spanish colonies and hid by moving from island to island.

The Turkish power, supported them

Pirates and Christian Corsairs at the service of the Kings

The Christian Monarchs also used corsairs to attack both ships and populations from other Mediterranean countries.

Its King Francisco I finds the coffers of France in ruin and has no weapons or money to face Spain.He decides to provide privateers with protection and even ships in exchange for a portion of the loot he gets stealing from Spanish ships.

When Carlos V ceded the Kingdom of Spain to his son, the Netherlands did not recognize Felipe II, as their King and Sovereign. A long war breaks out, supported by England and France. An 80-year war begins, which led to Spanish ruin and decline. The Spanish fleet was besieged, from Flanders, France and England.

Not having enough navy to declare war on Spain, the corsairs were used.  England became rich and was able to covertly face Spain, weakening it.

Curiosities of the Pirates of the Caribbean Sea

The life of pirates in the Caribbean Sea. The pirates were looking for a pleasant way of life even if it was short, a good life, without work and with money. Except for exceptions, like some of the Corsairs, they had only ambition and unscrupulousness. They wanted to get rich as quickly as possible, at any cost.

The pirates were arms professionals. Their way of making a living depended on their ability to use them. They were mercenaries of the Sea, whose reward was loot.

After weeks or months searching for prey or fleeing. Stuck on a ship, in terrible conditions, his dream was to reach the mainland, and have fun with great pirate parties. For this reason, as soon as they arrived at the refuge, debauchery was the norm. They got drunk, gambled, fornicated, etc.

The end of his life and his exploits

Life at that time was very hard, working all day in semi-slavery conditions. This is why the pirates chose a short but pleasant life. Pirates usually died in combat, by hanging, or also victims of terrible diseases.

Curiosities of the most famous pirates

There were some pirates who stood out for their elegance, culture, initiative, or for their cruelty etc.Some started piracy out of greed, hunger or love. Others simply for hobby, power and gold. Pirate food was better than other sailors of the time.  Half-rotten meats, smelly cookies, and putrid water, it was all too common. When there was not even this, hunger took over the ship, turning it into a horror. There have always been Pirates in the seas and continues today.

It has a whole history of pirates, Christians, Turks and Berbers.

With its hundreds of islands, it was the ideal place for pirates and corsairs who raided the rich Spanish colonies. A must for the Galleons del Oro.

And the places of the so-called Horn of Africa in the Indian, remain today a very dangerous place due to the presence of Somali pirates.

Places full of islands and a crossing point for maritime routes.