You are here: Home / Norteamerica / Why do Hispanic laws persist in the U.S.? 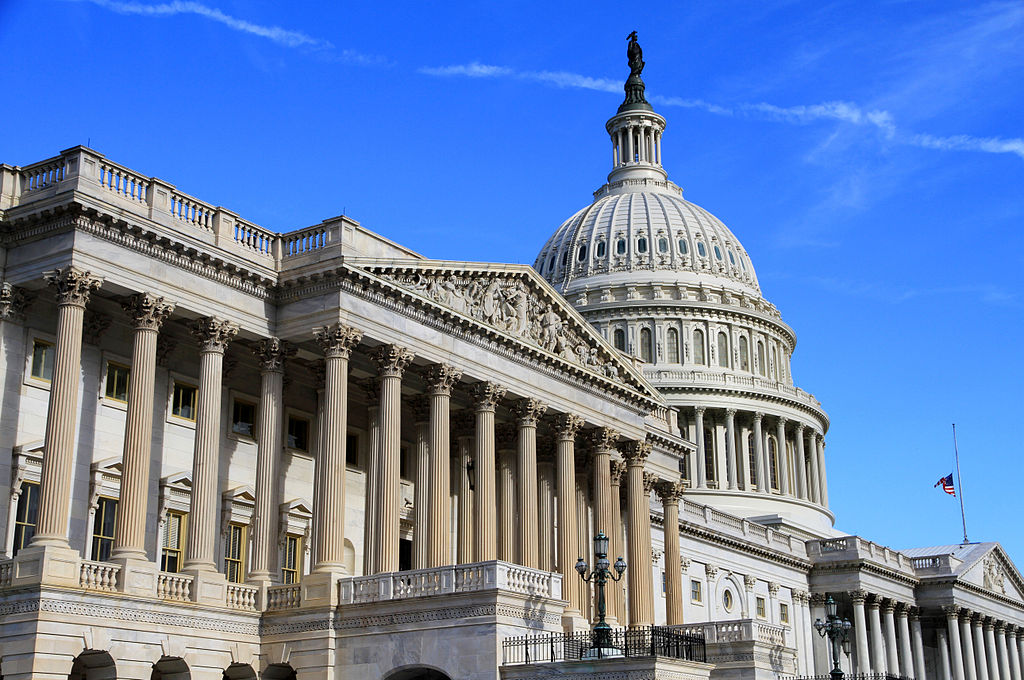 US Capitol, where the representatives of the nation meet. The highest institution of the United States of North America, it includes King Alfonso X of Spain

Why the Spanish King Alfonso X in the US Capitol?

A Spanish King Alfonso X, from the thirteenth century, who went down in history as “El Sabio”, is one of the 23 portraits of the U.S. Capitol.

His laws endure in the US, being the most advanced of their time

A Spanish King from the 13th century, is one of the portraits sculpted in marble on each of the 23 access doors. An expert committee made up of historians, officials elected the most prominent.

He is one of the prominent personalities who had contributed to creating the Laws of the United States. and would be remembered at the U.S. Legislative Center.

It is not surprising that “Las Siete Partidas” lasts in the United States because his laws are the most advanced of their time and because of the Hispanic History of much of the country.

Advanced laws for the 13th century

In addition, they still have such validity in the US, that they continue to legislate with them. Famous resolutions have had as a reference to the Siete Partidas, a compilation of laws grouped by themes. It was the basis of the legal work in Spain and Latin America.

The (Siete Partidas) Seven Games were pioneers in Europe and were soon translated into the main languages ​​of the European Continent.

The laws that governed and were in force since the arrival of the Spaniards and the constitution of the Viceroyalties in the Hispanic States of North America continued in many of them, when they were incorporated into the United States and jurisprudence with them continues today.

We have an example with the State of California, specifically the city of Los Angeles, in 1948. Pretending to buy part of a ranch for public enjoyment, he used the Third of the Seven Games of the Spanish King Alfonso X to justify the acquisition , with allusions to the 3rd and 6th law of Title 28

Law 3: The things that communally belong to all the creatures that live in this world are these: the air and the waters of the rain and the sea and its shore, because any living creature can use each of these things as It is necessary, and for this reason every man can take advantage of the sea and its shore, fishing and sailing and doing there all the things that he understands will be to his advantage.

As the property is a coastal area, Law 6 of the same Title 28 applied

Law 6: Rivers and ports and public roads belong to all men communally, in such a way that those who are from another strange land can use them as much as those who dwell and live in that land where they are from;

And however the banks of the rivers are, in terms of lordship, of those whose are the estates to which they are attached, with all that every man can use them by binding to the trees that are there their ships and dressing their sails in them and putting their merchandise there, and the fishermen can put their fish there and sell them, and wipe their nets there, and use on the banks of all the other things like these that belong to the art or necessity for which they live.

The California State Court ruled that the coastal freeway should be dedicated to public enjoyment. Faced with this judgment against them based on the Las Siete Partidas, the owners appealed to the Supreme Court.

Although this is a case that occurred years ago. Recently only in the year 1989 there are more than 300 judicial sentences that argue based on the laws of the Seven Games of Alfonso X.

It is curious to see in the judicial arguments notes referring to the laws of the Siete Partidas in Medieval Spanish language, as it is written in the original.

To such an extent that already in 1820 Luissiana approved a budget to translate the Seven Parts into English so that its citizens could better know its laws.

The most Hispanic territories of the U.S, such as Texas, California, New Mexico, Louisiana, Arizona etc. they have preserved Hispanic laws. Although they obtained Independence from Spain, they maintained Spanish Laws. When moving to the new country Mexico, the Siete Partidas, was used as a basis to resolve doubts and gaps in the application of the laws.

There is the Kearny Code of New Mexico, where a compendium of Spanish and Mexican laws that are not in disagreement with the Constitution of the United States has been made.

They are important in matters that refer to property ownership. In the judicial processes that most frequently cite the Laws of Las Siete Partidas, they are related to matrimonial property, wills, the laws of land, water and mines. They are also used as a mechanism to remedy a grievance.

For this reason, if we search among sentences from New Mexico, Texas, Arizona, California, Louisiana, Missouri, and even Massachusetts, words and concepts will appear referring to The Seven Games. It is also surprising that they sometimes appear in the Spanish language and even medieval Spanish.

Spain pioneer in Law and Economy

It is not surprising the great advance that the Spanish Laws had, since in the Cortés de León in Spain it is the first Assembly Democracy in Europe, almost 200 years after something similar occurred in England. These advances in Law continued with the Spanish School of Theology, Ethics, Law and Economics of Salamanca, which developed the concepts of Human Rights. Its creator Francisco de Vitoria is considered the creator of International Law.

The Spanish School of Economics was a pioneer. Its economists developed concepts far ahead of their time that seem current to us. Inflation Theory, Monetary Theory, Price Theory, Risk Premium, Free Market Theory, Subjective Value Theory of things, etc.

Influence on the United States Constitution

Jefferson, Adams and Madison were followers of his theories and had books by his most important authors in their libraries. The theories and teachings of these authors, when published in England 100 years later, would also be followed by John Locke. They are the roots of the new laws that were created when the 13 colonies became independent. The Theory of the Tyrannicide of Juan de Mariana, whose books would be burned in England and France 250 years before, would be the bases of the American Revolution and the French Revolution.