You are here: Home / blog / Terror in North America, the first Spanish and English populations 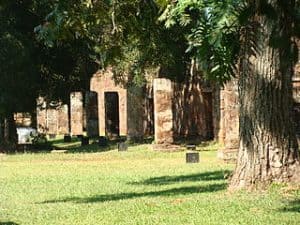 Panic in the first European settlers of North America, the difficulty of survival, failure of the Spanish and English for different reasons. The truth emerges through found remains.

The first English settlement triumphs but with cannibalism.

Spain already in the year 1526 with the expedition of Ayllón, explores Delaware and the East coast and ends up settling in Georgia, in the place that it considers the most suitable. However, of the 600 Spaniards, only 150 survive, give up staying in San Miguel de Gualdape and return to the Island of Hispaniola to Santo Domingo. The Spanish would return in 1565, and they would get it (San Agustín)

England in 1609, Jamestown has 300 English settlers, last winter only 60 people remain. They have done everything to survive, even Cannibalism. The recently found remains of the 14-year-old girl prove it. They tore it to pieces and fed on it.

The first population in North America (U.S) was Spanish