You are here: Home / blog / Even George Washington’s donkey was Spanish 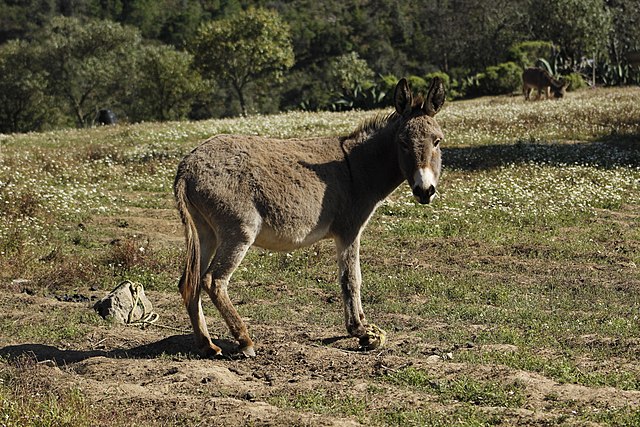 Donkey, Mule, the gift of the King of Spain to George Washington

After 200, it was finally recognized in the U.S. that even the Mule comes from Spain

The Mule Day (October 26) is remembered every year in the US, in recognition of the Spanish donkey that arrived in North America, as a gift from the King of Spain.

George Washington is considered the Father of Mules in the U.S. At his insistence as a gift of friendship between Spain and the U.S, he was sent 2 of the best donkeys in Spain. A royal gift, from Carlos III. Something very special for George Washington, who substantially improved life in the American countryside, and in the army, since they were used for military purposes.
The surprise when receiving the Spanish donkeys and not knowing how to treat them so that they would mate with the mares that they prepared
It is beginning to be recognized that the cowboys came from Spain with their hats, boots, spurs, horses etc. And that the first Rodeos and the massive transfer of cattle were also organized by the Spanish, the latter Bernardo de Gálvez.

But the father of the American mules was also Spanish